The Psychological Effects of Bullying 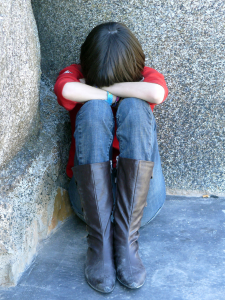 Bullying is a complex situation that unfortunately is still very common in schools. It involves behaviors like hitting, insulting, belittling, humiliating and other negative things done by one or more children to another child. Bullying has effects on both the victim and the bully or bullies. These effects can make school a very stressful and harmful experience, with consequences lasting well into adulthood.

Bullying, firstly, has a negative effect on the victim’s self-esteem. The child or teenager begins to feel worthless, useless and unloved. Even if they receive support from their parents, they feel rejected in their peer group. Acceptance is connected to self-esteem, so rejection can lead to the person developing a negative image of themselves. Some people may believe the insults the bullies use and make them a part of their idea of themselves.

These problems with self-esteem can endure even when the person leaves school. They may choose to avoid attention and risks, leading to many lost opportunities. People may limit themselves in what they do because of a low self-esteem and low self-confidence.

Bullying affects interpersonal relationships. The bullied child or teen in general feels isolated, rejected or unworthy of affection. Often, even children or teens not involved in bullying may avoid them out of fear of being bullied themselves, so the person may have little contact with peers.

For teenagers especially, social relationships become a very important part of life. They are connected to self-esteem, but also are an important source of confidence, affection and identity. Through contact with others, the teenager learns more about who they want to be. Acceptance is very important during this period of life.

Rejection can affect the way the person’s identity is formed. Many people who are bullied are forced to avoid contact or receive negative feedback if they try to establish relationships. This means that they have little experience forming positive relationships, and this is something that can affect them throughout their life.

People who were bullied may become more distant or unwilling to approach other people. They may have problems trusting others. Alternatively, they may become very clingy and complacent in their relationships to prevent the person from leaving. However, being clingy might have the opposite effect.

Bullying can lead to an extreme anxiety and depression. The child or teen may be unwilling to go to school and unable to focus on their schoolwork. This can lead to further problems with self-esteem and with a lack of motivation to try.

Depression, especially, can become a serious issue. It involves different symptoms like constant feelings of sadness, worthlessness and exhaustion. There may be alterations of sleep and eating patterns. Depression that is triggered by bullying can become a problem that the person will struggle with throughout their life, needing medical treatment and therapy. However, a very important risk that needs to be considered is the possibility of suicide.

Bullying and cyber bullying have already led to many suicides. This has become a very real danger for people who are bullied, especially for teens. However, younger children and young adults have also committed suicide due to this.

Suicide comes from an impossibility to escape the problem and from a severe depression. In the case of cyber bullying, the person continues to be harassed at home and anywhere else by using social media. The pressure increases, while the possibility of stopping it becomes less. The Internet offers anonymity, so it allows to constantly bully someone with few risks. While there is more awareness of cyber bullying now, it’s still a complex issue that can be difficult to address.

Bullying is a very serious issue that can lead to the death of the victim. Even though nowadays it’s more talked about than before, there is still a lot more that needs to be done to prevent the negative psychological consequences it can have on a child or teenager. These effects involve low self-esteem, problems with relationships, problems with schoolwork, anxiety, depression and suicide.