Vera Nazarian, The Perpetual Calendar of Inspiration says that “A woman is human.
She is not better, wiser, stronger, more intelligent, more creative, or more responsible than a man. Likewise, she is never less. Equality is a given. A woman is human.” 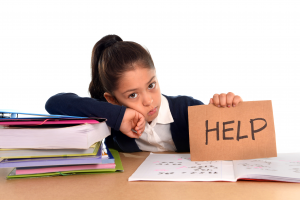 From the past few decades, we have seen the improvement in the status of women in the society. Earlier, they were treated as a commodity which is just for use and show-off. They were expected to do all the household work by themselves with no help from a single person of the family. Their situation was no different as that of a puppet, who would do exactly the same thing as his master wants him to do. People had forgotten that the women are also human beings, who have the same right of livelihood as that of the men. But with time, Women have come forward and fought for their rights. They have educated themselves and increased their standards in terms of everything, whether it is their education, their rights, their duties towards society and so on. Each and everything is far better than before.

Girls Education and Gender Equality in Education is of utmost importance in today’s world. Girls Education not only increases the total number of educated women, but it also helps in maintaining the gender equality in the education system as well as a strategy for alienation of poverty. It is seen that women invest most of their earnings in the family as compared to men.

With the coming of inflation in the economic market, making a girl child to go to school and help her to pursue her entire education is a huge and important task for everyone, irrespective it is from a family point of view, from a community point of view or from a nation’s point of view. It is believed that literate girls can only lead an educated and healthy family. When a girl gets educated and understands the value of a healthy life, she tries her level best to give the same to her family. Therefore, it is very important to get a girl child educated.

From past few surveys it is observed that, as the rate of girl’s education is getting higher, the rate of various issues like Infant Mortality Ratio, Child Marriage, Honor Killing, HIV and AIDS etc have also get affected. The evils of the society are draining out day by day.

At the International Level, United Nations Educational, Scientific and Cultural Organization (UNESCO) works to promote equal opportunities to quality education, free from gender-based or other forms of discrimination by: