Just imagine the scenario where your kid wakes up in the morning with a smile on his face, gets prepared, goes to school, spends an amazing day there and comes back home with a smile on his face again. It sounds perfect, right? Imagine how nice would it be if kids would go to school with joy and happiness, with a great will, and return from there happy too. Every parent would wish it for his kids. Every parent would be happier and content if his kids go to school happy and content too.

But, the sad reality is often really different from the things described. The sad thing is that most of the kids do not like going to school. They hate the idea of spending their days there. They count hours and minutes until they go back home. And when they are already at home, they are sad, depre 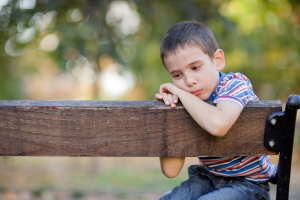 ssed and they feel really bad. There are a lot of reasons why kids do not want to go to school. One of the main reasons is school bullying. It is a main problem in the past few years. Kid’s violence is more and more often. In today’s world, parents are often too busy, that they cannot really pay attention to their kids. That is the main reason why kids become bad and they provoke violence, or they suffer from it. Most of the kids are afraid to talk about their bad experiences with violence “friends” or classmates. The fear is the most powerful weapon, and the kids that use the violence know it really well.

The violence is mostly provoked by the kids that feel bad about their lives. They could feel like they do not belong nowhere, and it could be a reason to provoke violence. They simply want to attract attention, to feel worth, to feel significant. It is strange how far the kid’s mind can go to attract attention. Another reason for their anger and violence behavior could be their parents. The psychologists proved that kids with violence and angry parents have greater chances for becoming violent and angry themselves from the kids whose parents are calmed. While they are little, kids observe the behavior of their parents unconsciously. As they grow up, and their brain becomes improved, they start thinking more.

Kids can also become violent if they have violent friends. When they are little, they observe habits from the people that are around them. They could even observe violence from their teachers. If a teacher is violent, the kids are usually afraid to talk about it in front of his parents.

The violent kids often divide themselves into groups, and those groups can be really dangerous. It does not matter that they are kids, the more they are the more dangerous they are. Parents should not ignore signs of violence under their kids. School bullying can become a real problem and it can bring even bigger problems. Kids can suffer from fear and mental illnesses later because of violence under them when they are young. The school system is really important for everyone’s life, because kids are building their personalities than, and they can feel less worth, without self confidence for a long time after the violence ends.

A kid that suffers from violence can be easily recognized by his attitude. He will usually isolate himself from the surrounding, he will lose his friends, he will not go to play with the other kids. It is all a result from the fear he feels. He fears that the kids that made him suffer will wait for him, beat him, defeat him. Body scars can also be a sign of a violence over a kid. If a kid often has strange scars all over his body, and he always has explanations about the “unusual, accident” ways he has his scars from, his parents should ask themselves if there is a chance that those scars are not accident after all.

The violence does not always has to be physical. Mental violence could be even worse. It could also be provoked by kids with small self-confidence, who feel like they do not really belong to the community, so they try to pay attention. Those kids usually come from dysfunctional families, where their parents did not really care about them, or they were too busy working, so they spoiled them with expensive presents and money because they felt guilty. But, money were never able to buy parental love and care, and they will never be able to do it. It is so sad to know that most of the parents think that all that his kid needs is money. A kid needs much more mental and emotional than expensive.

Parents should dedicate more time on talking with their kids. That is the way to avoid their kids to suffer from violence, or to become violent. If they talk to them more often, kids will feel more comfortable, more protected, and they will tell them what is really going on with them. Parents should be aware that their kids need more love and care, and more conversations, less than money. That is the way how they can avoid their kids to suffer from mental and physical suffering. That is the real way to avoid violence. Kids will be grateful to them. Someday their kids will be really grateful if they do it. And, most important of all, if there are signs of violence, they will stop is before it is too late.