Barriers to girls’ education and the effects 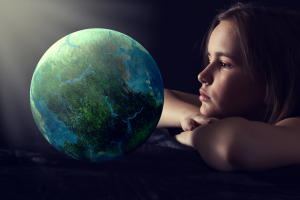 Even though in today’s world, education has become more widely available, there are still barriers that prevent many girls from getting a full education or from receiving the education they would want the most. Here are some of these barriers and the effects they can have.

First of all, there can be economic barriers. Families living in poverty may not send their daughters to school because they can not cover the costs or fees or pay for things like uniforms or textbooks. Sometimes, in the families there are children of both genders and, if the choice has to be made, boys are more likely to be chosen to continue attending school. There is also more likelihood that people with low economic resources live further away from schools and are more reluctant to send girls to school due to the long distances.

Another economic barrier may that the girls are contributing to the family financially, directly or indirectly. Girls may be pulled from school earlier to begin working or there may be cases of child labor. However, even when the girls are not actively working, they may be contributing to the family by taking care of younger siblings, doing chores or helping, for instance, with the family business. Girls may be expected to start working as soon as they can to help support the family rather than continuing with their education.

This barrier have several negative effects. Often, they can be considered abusive or neglectful, if the girls are sent to work before they are ready and even before the law allows it. It can have a negative effect on a girl’s development as she is forced to give up her childhood and her education in favor of making money or being the caretaker. This prevents her from receiving a full education and limits her opportunities in life. Emotionally and psychologically, this can also be difficult, as girls are given too much responsibility and are forced to put their own needs aside.

The second type of barriers are related to gender roles and stereotypes. These can be outdated ideas that are expressed directly, but also more subtle negative stereotypes that become barriers in education. First of all, let’s take a look at the direct ideas. These are usually present in the family or in the community and concern things like a woman’s role. People with these ideas may say that a woman needs to marry and become a mother, that girls are less smart than boys and that there are careers good only for men, like becoming a scientist or a mathematician. People with these ideas may directly oppose a girl’s desire to study or learn certain things or to pursue a higher education. They can put pressure on her to conform to these norms and to quickly find a husband, for instance.

There are also more subtle ideas. These can be expressed in jokes or judgments made about other people. For instance, there may be blonde jokes or jokes about women and math, as well as negative judgments about women who are more independent or trying to achieve something (i.e. “she’s like a man in a skirt, nobody wants that”, “if she had a boyfriend, she wouldn’t be wasting her time on silly things”, etc.).  Even teachers who think that girls are worse than boys at math, for example, can have a big negative influence. Usually, a girl’s self-esteem may be low when she constantly hears negative things about her own gender and her opportunities, even when these are expressed in joking manner. Very often, negative ideas about women become self-fulfilling prophecies. For example, thinking that a girl is bad at math discourages her from trying to learn math, making her less knowledgeable and less motivated.

These ideas, both direct and indirect, become barriers in education. The family may not encourage or recognize the girl’s academic achievement or dissuade her from trying certain things, especially related to sciences. The family may limit a girl’s opportunities for higher education and insist that if she must, she needs to follow a traditionally female career or at least not a traditionally male one. These ideas also have a negative effect on emotional and psychological well-being. The girl may have low self-esteem, depression, anxiety and negative emotions like anger or frustration due to feeling unable to do what she wants. A girl may reject her gender as she finds it to be “worse” than the male gender or identify too much with traditional femininity and be afraid of trying things that lie outside of gender norms.

In conclusion, there are still real barriers that prevent girls from receiving a quality education, whether it is because they are pulled from school, forced to quit learning or dissuaded from learning what they want.